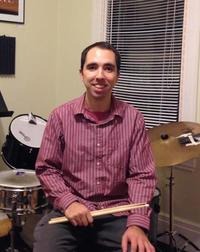 Philip holds a Master's in Percussion from the College-Conservatory of Music and a Bachelor's in Percussion from the Hartt School of Music. He offers lessons in everything from drum set to concert percussion, including timpani, mallet percussion, and battery percussion. When he is not teaching, Philip maintains an active performance schedule playing percussion and drums for various local orchestras and musical theater productions, as well as steel drums for the Jimmy Buffett tribute show, Changes in Latitudes. Philip is the founder, manager, and main performer for his own steel drum group, Steel Accent Steelband. 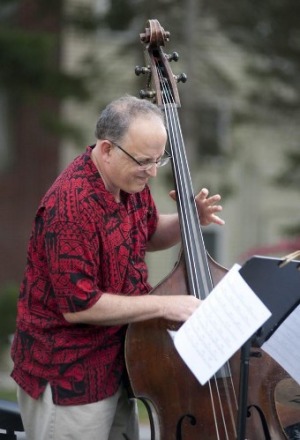 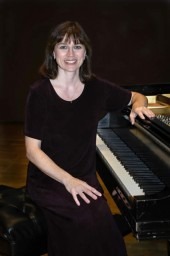 Jane Fiske, Professor of Humanities (Music) at Fitchburg State and former Humanities Department Chair and Interim Dean of the Division of Arts & Sciences. She holds a Doctor of Musical Arts degree in music education from Boston University and Master’s and Bachelor degrees in piano performance from New England Conservatory of Music. She studied with Maria Clodes Jaguaribe, Gabriel Chodos, and Maria Bono, and performed as recitalist throughout New England and as principal soloist with Indian Hill Symphony Orchestra, Salem Philharmonic Orchestra, Marlboro Symphony Orchestra, and Thayer Symphony Orchestra as winner of the Concerto Competition. Her CDs feature music by Scarlatti, Clara and Robert Schumann, Brahms, Villa-Lobos, Messiaen, Chopin and Debussy. She received the Vincent J. Mara Award for Excellence in Teaching at Fitchburg State. 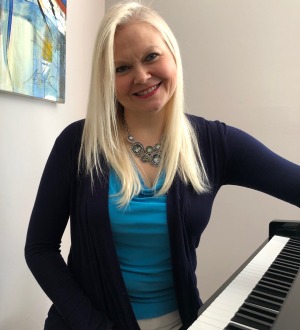 Kristin Halliday, soprano, has been teaching voice for 17 years. Recipients of Helen Hayes and Wammies nominations, Cappies Awards including Best Vocalist, and 1st Place in the NAACP Act-SO and Golden Voices of America Competitions, her students have performed on and off BROADWAY, at the Kennedy Center, Ford's Theatre, Arena Stage, and Carnegie Hall. Recognized by Maestro William Yannuzzi for her "exceptionally moving interpretation of almost all kinds of music." Kristin has been a featured soloist in Germany and Iceland, and won the Rosa Ponselle and Gretchen Hood Vocal Competitions. 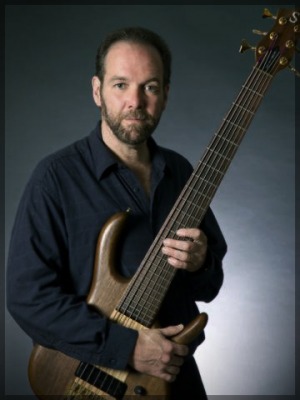 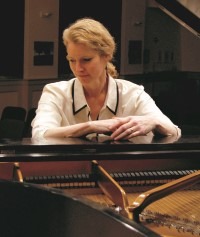 Jazz pianist Pamela Hines received her Master's in Jazz from New England Conservatory. Her debut CD in 1998 earned her a guest spot on Piano Jazz with Marian McPartland in 2000. She has performed at clubs in New York, Boston and many other east coast venues. Three of her trio CDs have reached the top-20 national radio charts. Hines has been the host of Live Jazz New England, on 90.5-WICN, since October, 2012. She has worked with many jazz greats including Jerry Bergonzi, John Lockwood and Yoron Israel. 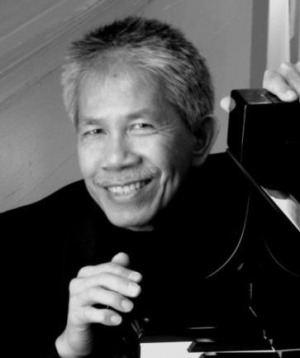 Born in the Philippines, Roy Imperio earned music degrees from the University of the Philippines and Andrews University and has taken master classes with Menahem Pressler at Indiana University. A dedicated piano teacher for more than three decades and a versatile pianist, he performs locally and internationally as a soloist, accompanist, collaborative pianist, and chamber musician. He has released two CDs: Music of Frederic Chopin: A Life of Passion and Holiday Music in New England with The Bulfinch Players. He is Director of Music at the Faith United Parish in Fitchburg and collaborative pianist at Boston Conservatory.

Elizabeth Jacoby earned a Master of Music from Virginia Commonwealth University and a Bachelor of Music from State University of New York at Fredonia. She performed in Western New York Chamber Orchestra, Rappahannock Pops Orchestra, Piedmont Symphony Orchestra, Lynchburg Symphony Orchestra, and Fredericksburg String Quartet. She has taught elementary and middle school orchestras in New Jersey and Virginia. Currently, she teaches music at the Alan McCulloch Strings Program in Leominster and at Messiah Lutheran Preschool, and she plays violin in the Fitchburg State Community Orchestra. 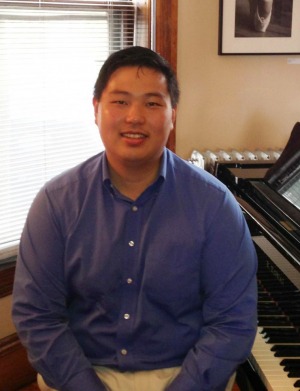 Matthew Kim earned his bachelor’s degree at the University of New Hampshire (UNH) with a double major in Music Education and Classics. He earned a master's degree in saxophone performance at the Longy School of Music. He played saxophone in National Wind Ensemble at Carnegie Hall under the direction of H. Robert Reynolds, Worcester County Light Opera Company, Holy Cross Graduation Band, and Fantasy Big Band in Hopedale. He played flute at After Hours Arts Program in Lynn MA. A Massachusetts Department of Education certified music educator, he has taught master classes, beginning jazz improv, and individual lessons, and he has been a counselor and teacher for middle and high school students at UNH's Summer Youth Music School. 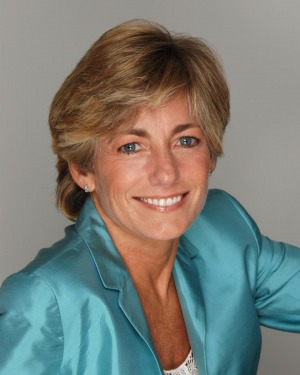 Jackie earned a certificate in songwriting & professional music from Berklee College of Music and a bachelor's degree in recreation/music from Western Stage College in Colorado. Jackie plays the ukulele, guitar and piano and has been a band member for Super Cool Beans Band and lead singer for The Green Apple Kids Band. She is the creator and instructor for Minizicians music program for 2-6 year olds, and she composed music for Minizicians CD that she produced. 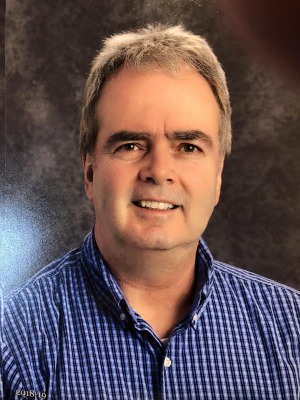 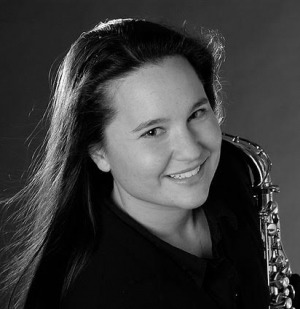 Amy holds degrees in saxophone performance from Marshall University, the Longy School of Music and Boston University where she studied with Ed Bingham and Ken Radnofsky. Amy is a multi instrumentalist, teaching saxophone, clarinet, and bagpipes in New England since 2003. Amy is the current Director of Bands at Fitchburg State University and a member of the Pharos Saxophone Quartet, Triage Woodwind Ensemble and Pipe Major of Clan MacPherson Pipes and Drums. Amy is a Rovner Products Ambassador. 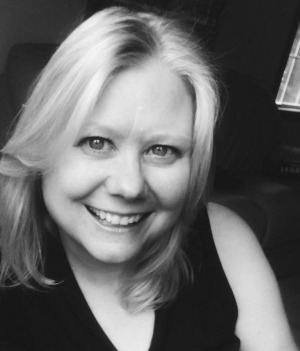 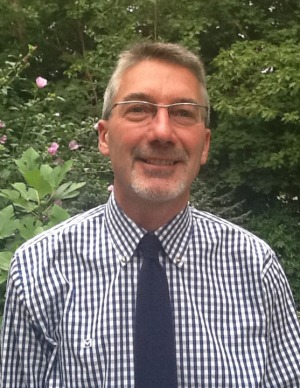 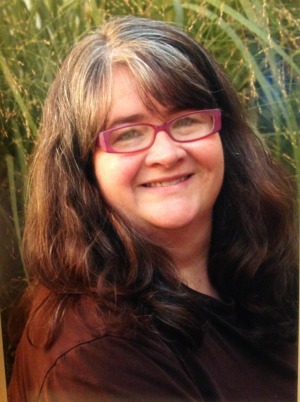 Jodi earned a Bachelor of Music from Berklee College of Music with concentrations in Education and Electric Bass performance. She has played electric bass in The Mix ‘Em Ups, 8 Misbehavin’ (an 8 piece jazz band), and pit orchestras for musical theater productions. She performed her bass composition Simpatico at the women’s musical festival Alive by Her Own Hand at Brandeis University. Some of her compositions have been used in a film, a radio play, and a compilation cd. Jodi has taught lessons for over 20 years. 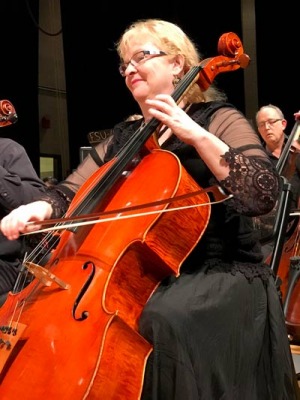 Laurie Strubbe, B.A in Music from Eastern Kentucky University, M.M. in Music Education from University of Miami. Laurie is the Principal Cellist for Merrimack Valley Symphony and Fitchburg State Community Orchestra. She also plays cello for Kimberly Consort and Thayer Symphony Orchestra. She has performed in Puccini Festival Orchestra and ensembles for Cranberry Coast Concerts. Laurie has taught cello for over 25 years.

Born in Beijing, Dr. Ning Tien is a performer and teacher of violoncello, piano, chamber and orchestra ensembles. With over 30 years of experience, her career as a cellist has taken her around the globe from Boston to Bali, and from New York to Beijing, as well as to numerous cities in the U.S. and Europe. A resident of Massachusetts, she is the founding member of the New England Piano Trio. 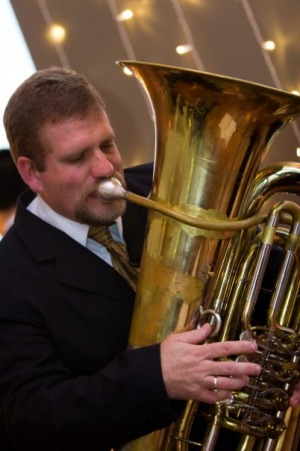 Joe holds degrees in music education from the University of New Hampshire and Boston University, where he studied tuba with Nicolas Orovich and J. Samuel Pilafian, respectively. He has been teaching music for over thirty years in Waterville, ME, Chelsea, MA, Boston University, and Andover, MA. Since 2001, Joe has maintained a studio of private brass students and has taught band in Andover schools. He has been an active member of the Massachusetts Music Educators Association, serving regularly on either district or statewide concert committees since 2003.​