Fitchburg State celebrates the life and legacy of Dr. Martin Luther King Jr. in January, with observances that will pay tribute to the man, the message, and the movement.
Events

A Message from President Lapidus

Our campus community’s celebration of Dr. Martin Luther King Jr. is an occasion that inspires us to honor the man, the movement and the message. In our deeply troubled times, I look to Dr. King’s life and work and I find inspiration and hope. Let there be no doubt that the civil rights struggle continues to this very day, more than 50 years after Dr. King’s assassination. But we cannot forget the landmark accomplishments of the movement he helped lead, and the power his example can give the rest of us as we continue this important work.

Dr. King’s work helped mobilize a national Civil Rights Movement through nonviolence and civil disobedience. In the face of often violent opposition, Dr. King held firm to his core principles, and our nation was forever changed. It is up to us, now, to continue the struggle.

Life’s most persistent and urgent question is, What are you doing for others? 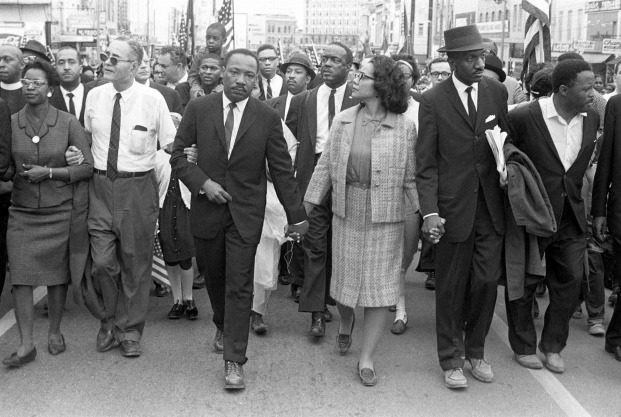 Everyone can be great, because anybody can serve.

Martin Luther King Jr. (Jan. 15, 1929 - April 4, 1968) dedicated his life to the nonviolent struggle for racial equality in the United States. The third Monday in January marks Martin Luther King Jr. Day, a U.S. holiday that honors King’s legacy and challenges citizens to engage in volunteer service in their communities.

The Martin Luther King Jr. Celebration was officially recognized in 1983. This acknowledgement was 15 years after his death. He was born January 15, 1929 in Atlanta, Georgia and attended Morehouse College at the age of 15, and went on to earn his doctorate at Boston University. He was a Baptist minister, married with 4 children.

He was a common man with a general message of love. He was mentored by the teachings of Mahatma Gandhi and utilized the idea of civil disobedience to mobilize the Civil Rights Movement. He first became involved in the movement through the bus boycotts of 1955. He is famously known for the Aug. 28, 1963 March on Washington (for Jobs and Freedom) where the “I Have a Dream Speech" was delivered. He was imprisoned nearly 30 times and lead many other many notable protests including:

His life would come to a tragic end on April 4, 1968 as he was murdered on the balcony of the Lorraine Hotel, Memphis, Tenn. We stand steadfast not to let his message or his movement see the same fate. His funeral is often regarded due to him delivering his own eulogy. His grave rests on the grounds of the Martin Luther King, Jr. National Historic Site. The celebration of his life is a celebration of humanity.

Fitchburg State is committed to the message of love and to a movement of nonviolent actions that will stand strong and forever shape this country and the international stage.

We charge you to continue your own education and awareness of the Martin Luther King, Jr. by visiting The King Center. Learn about the six principles of nonviolence:

Our celebration will continue in February with the university's observance of Black History Month.