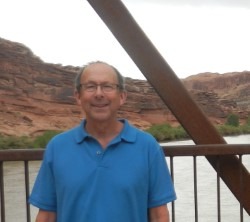 Bob Baker has taught almost every course offered in the social studies curriculum over the last 40 years, and US Government and Politics is his favorite. Retired from Needham High School in Needham, Massachusetts, he is an AP Reader and consultant, as well as a self-confessed recovering political junkie. He has led teacher workshops across the US, and has compiled a wide repertoire of approaches to this dynamic course.. During the past two years he authored a test bank and a supplemental reader of landmark Supreme Court Cases to align with the new frameworks. 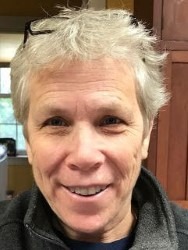 Susan Biggs has been teaching chemistry since 1981, currently teaching at Westborough High School, in Westborough MA, where she teaches AP and Honors chemistry. Susan became a reader for the first time in 2012, and has enjoyed going ever since. Since 2013, Susan has been teaching both one and two day workshops for the College Board, and various summer institutes. Currently Susan is the chemistry consultant for Mass Insight. Susan was awarded the 2009 Grinspoon Excellence in Teaching Award, and in 2012 she and was selected as the Mass Math Science Initiative Science Teacher of the Year and the Connecticut Valley Section of ACS High School Teacher of the Year. Susan holds a B.A. in Chemistry from the College of the Holy Cross, and a Masters in Chemistry from the University of Saint Josephs. 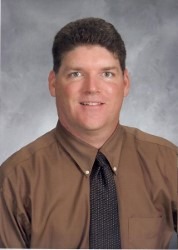 Dennis Donovan has been teaching AP Calculus AB and BC since 1997 and AP Statistics since 2002 at Xaverian Brothers High School in Westwood, MA. He is a College Board consultant for AP Calculus and has presented at numerous one-day and two-day workshops and AP Summer Institutes. Dennis has been an AP Calculus reader from 2005-2014, his roles have included: table leader and question leader. He became a co-author on the Barron’s AP Calculus Review Book beginning with the 13th edition. He has presented at many Saturday study sessions for student review in both AP Calculus and AP Statistics for NMSI and the Massachusetts Math Science Initiative. Dennis is also a T3 Regional Instructor concentrating on the TI-Nspire. He holds a B.S. in Mathematics from Worcester Polytechnic Institute and a Masters of Mathematics for Educators from WPI. 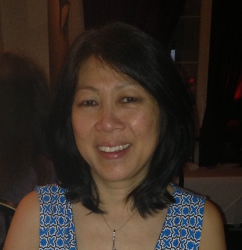 Priscilla Eng is a Professor of Humanities at Middlesex Community College and teaches both English Literature and ELL to native speakers, foreign, and immigrant students. She has taught college literature and writing courses at all levels. Her specialties include Multicultural Literature and Women’s Voices. She has extensive experience in assessment and has served as an AP reader, Table Leader, and Question Leader since 2000. She has taught AP workshops in the United States and Canada and has worked with the College Board in several different capacities. She has been the recipient of two U.S. State Department awards and two Fulbright fellowships for study and research.

Patricia Fox has taught high school students for over 39 years. Her M.A.is in interdisciplinary studies with a focus on American and New England history and culture. For the last 11 years, she has served as a Reader and Table Leader for the Educational Testing Service. She also presented at the annual AP Conference, NCTE and for its local affiliate Maine Council of English Language Arts, as well as serving on their executive board for the last 9 years. As a result of her accomplishments in the AP English Language and Composition course, she became a mentor for all subject AP instructors in the Fryeburg, Maine school district. 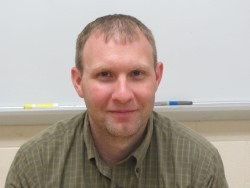 Mike Hamilton has taught high school psychology for the past 19 years. He began his teaching career in Iowa before moving to Massachusetts where he currently resides and has taught at Hopkinton High School since 2006. Mike is currently the Co-chair of the AP Psychology Test Development Committee and has served on that committee since 2014. He has also been involved in the AP Psychology Reading since 2011; starting first as a reader, progressing to a table leader and now currently serving as a Question Leader. Mike was hired as an AP Psychology College Board consultant in 2014 and has presented at various regional and national workshops on the teaching of high school psychology.

Mike has been recognized for exceptional teaching as the 2019 recipient of the APA’s Society for the Teaching of Psychology Moffett Memorial Teaching Excellence Award. He was also the recipient of the APA TOPSS Excellence in Teaching Award in 2013. Mike has long been dedicated to creating professional development opportunities for high school psychology teachers. One of his proudest accomplishments is founding the New England Teachers of Psychology (NETOP) workshop, which brings teachers together every year in August to share best practices and learn from regional university professors. In addition, Mike is the coauthor of the third edition of AP Psychology, an exam preparation book (D&S Marketing, May, 2011). Mike lives with his wife and two children outside Boston, Massachusetts. 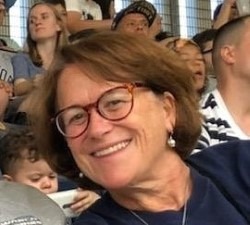 Anna Keegan has 15 years experience teaching AP US History at Lunenburg High School in Lunenburg Massachusetts. She has presented at various one day and weeklong summer institutes for the College Board and has participated at the AP readings grading US History exams since 2009. Additional teaching roles included CP US History, Modern World History, Psychology as well as introducing the economics elective at LHS. She also served as the Social Studies Department Chair and as such was active in the Midwach Social Studies Directors Community (central Mass) addressing common concerns including MCAS and the adoption of new Social Studies Standards in 2018. As District Curriculum Coordinator, Anna headed the three year curriculum task force, curriculum mapping workshops, and led district wide professional development workshops.

Upon retiring in 2018 from Lunenburg Public Schools. Anna and her husband moved to the Boston area from Lunenburg after raising her family there but she continues working as an educational consultant and a free-lance writer, her work most recently appearing in the on-line magazine thebucketonline.com.

She earned a B.A. in US History from Middlebury College (VT) and a M.ED. from Fairfield University. 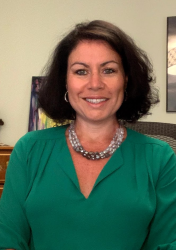 Irene Mahoney has been teaching biology for over 20 years, and is currently teaching at Everett High School, in Everett MA, where she teaches AP and Honors biology and AP Environmental. This year will be the seventh year Irene is a reader for the National exam. Since 2016, Irene has been qualified as a College Board Consultant to teach other AP Biology teachers. Currently Irene is a biology presenter for Mass Insight. Irene was awarded the 2013 National Math, Science Initiative AP Teacher of the Year, and also the Yale University Educator Recognition Award for “inspiring and supporting students to perform at high levels and to achieve excellence”. In 2014 she was selected as the Mass Insight Education Partners in Excellence Science Teacher of the Year. Irene holds a B.A. in Biology from the UMASS Amherst, and a Masters in teaching Biology from the Salem State College. 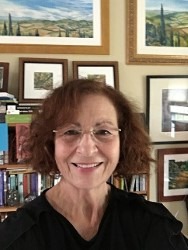 Claudia Michael has worked as a College Board endorsed AP Studio Art Consultant and exam reader for over ten years. In addition to grading portfolio submissions, she has written published commentary for the College Board, providing rationale for the scores students received. Claudia has been an art educator for more than thirty-five years. Her experience includes teaching K-12 in private and public schools. She was also appointed a district mentor for the Manchester School District, serving new and experienced teachers across disciplines. This full time position provided support to secondary teachers new to the profession. She has also taught studio art and teacher preparation classes in several New Hampshire institutions of higher education. Author Pamela Taylor, in a National Art Education Association publication, references original curriculum designed by Claudia in the text Interdisciplinary Approaches to Teaching Art in High School. In recent years, she has focused on using Contemporary Art to inspire K-12 curriculum. Claudia has created two courses that reflect her research for the Institute of Art and Design at New England College, Masters in Art Education degree program, where she is on the faculty. She holds the title of senior lecturer in Studio with Granite State College. She has received two distinguished faculty awards and was Secondary School Teacher of the Year.

An award winning artist and art educator, Claudia is the recipient of three Fulbright fellowships, a Freeman Foundation Grant, two Granite State College Faculty Development Grants and a University of NH Academic Technology Grant. She has painted in several countries including Canada, Italy, Greece, Turkey, Cyprus, China, Morocco and the U.S. Claudia was recently an artist in residence in Assisi, Italy. She exhibits her work widely in New England and her paintings have won numerous awards. Her work is included in several private and corporate collections. http://claudialmichael.wixsite.com/claudia-michael-art

Dr. Lenore Schneider earned her undergraduate and Master’s degrees from Duke University and her doctorate from Carnegie Mellon. She has taught AP World History for fifteen years at New Canaan High School in Connecticut, and has served as Reader and Table Leader for the AP Exam essays. She has taught AP workshops and institutes at over twenty sites, including several institutes in Europe, Japan, and China, and has traveled to fifty-three countries. She has also taught AP European History for many years, has served on the AP European History Test Development Committee, and in 2016, the AP European History Standards Setting Committee. She has also mentored AP teachers and College Board consultants and and served on the College Board Advisory Board. Her specialties include writing skills to help students to succeed on the essays, performance assessments, and student centered activities such as simulations and role play. 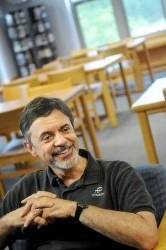 George Watson-López taught Spanish at Walpole High School for over 35 years before retiring from public education in 2011. The son of Costa Rican immigrants, he majored in Spanish at Boston University and attained his Masters degree from Middlebury College. George chaired the Foreign Language Dept. from 1980-2011 where he oversaw five language programs, coordinated an exchange program with Palmares, Costa Rica, and instituted a Global Studies Certification program. In 2009 he was named Massachusetts Teacher of the Year by The Council of Chief State School Officers and was honored at The White House in President Obama’s first Rose Garden reception. Currently, George is Visiting Instructor of Hispanic Studies at Wheaton College in Massachusetts. Besides AP* Spanish Language and Culture, George has given Pre-AP* workshops in Strategies for Vertical Teaming, Interpretive and Interpersonal Communication. He has also given numerous workshops in MA on the use of Latin music in the Spanish classroom, a topic he weaves into all his workshops and institutes. For the past 14 years George has been a Table Leader at the AP Reading where he has led his table in the grading of the speaking portion of the AP* Spanish Language and Culture exam. His publications include: EntreCulturas 1, a textbook program for teaching Spanish language and Hispanic culture to Novice level learners and “Dream, Vincent, Dream” in Chicken Soup for the Soul: Teacher Tales.

George lives in Mansfield, MA with his wife Janet. They both enjoy traveling to their vacation home in Costa Rica and spending time with their sons, Marcus and Michael, their daughters-in-law, Shannon and Jesse, and their granddaughters Sidney and Brynn. 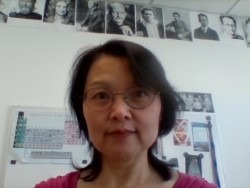 Jiang Yu, Ph.D., is a professor of physics at Fitchburg State University in Massachusetts. Jiang’s involvement with the AP Physics programs began in 1997 when she first led a College Board authorized AP Physics Summer Institute for high school teachers at Fitchburg State University. Since then, she has led many AP Physics workshops and institutes in the United States and abroad. Jiang has participated in the AP Physics exam grading since 2000 and has served various leadership roles including the Chief Reader from 2009 to 2013 and a Chief Reader Associate from 2013 to the present. As a CR/CRA, she has worked with the AP Physics Exam Development Committees, set the grading rubric standards, and led the Reading operations. Currently, Jiang also serves as a senior reviewer and curriculum adviser for the AP Physics course audit program.

Questions? Get In Touch!

Learn more about us on the CPS Blog!