The university celebrated the May 2020 graduates with a virtual celebration. Click the name of your academic school below to open the link to your virtual ceremony.

School of Arts and Sciences

School of Business and Technology

School of Health and Natural Sciences

Academic honors are awarded to undergraduates based on a minimum of 45 semester hours of courses taken at Fitchburg State University.

Honors designation in the commencement program will be based upon the student’s cumulative grade point average at the time of program production. Students with honors will wear academic medallions that you will pick up the evening of commencement at the Athletics and Recreation Center.

Final honors status will be determined by the Registrar and will be identified on your final transcript and diploma.

Students completing their graduation requirements in the our Honors Program will have their thesis listed in the commencement program.

If you took courses at another university, transcripts must be received in the Registrar's Office by January 3rd.

All unresolved obligations, such as library fines, student loans, unpaid bills, and residence hall damages must be settled before an official transcript can be issued.

Caps and gowns have arrived at the University Bookstore and are available for purchase both in store and on the bookstore website at fitchburgstateshop.com.

If you have any questions feel free to contact the University Bookstore at: bookstore@fitchburgstate.edu or by calling 978.665.4026.

The sleeves of the gown indicate the degree the individual has completed. The bachelor’s degree has long, pointed sleeves, while the master’s has oblong sleeves, open at the wrist, with the front part cut in an arc.

The hood distinguishes the institution from which the wearer is graduating and the degree being awarded.

Please contact the bookstore directly with any questions concerning academic regalia at 978.665.4026.

All diplomas for May 2020 graduates have been mailed. If you have not received your diploma, please contact the Registrar’s Office at 978.665.4196 or via email and a corrected one will be issued. 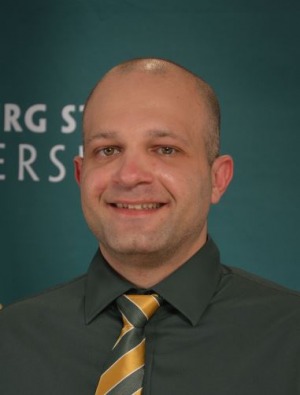 Stanley L. Choruzek is a U.S. Marine Corps veteran who enlisted as soon as he was old enough in order to join the War on Terror. When an injury during training kept him from being deployed, he turned his attention to being a full-time father while earning a college degree. He began studying liberal arts and appreciated the foundation of critical thinking it fostered.

The Worcester native graduated from Mount Wachusett Community College in 2017 and then attended Fitchburg State. In addition to his studies, he worked on campus for Information Technology. He also appreciated the diversity of students he met on campus, including fellow veterans.

Looking ahead, Choruzek sees parallels in the computer networks he helped support and the human networks that sustain all of us.

Choruzek hopes to transfer his new degree into a career in cybersecurity. His drive to serve and protect his fellow citizens has led him to the virtual front lines, where hackers try to interfere with social networks or elections. 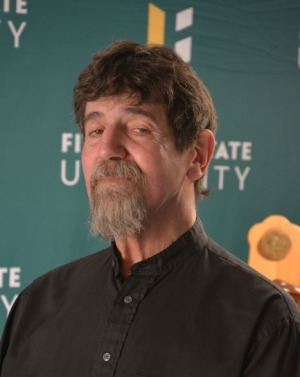 Paul A. Thibodeau has faced many challenges in his life but still considers himself blessed. After years of drug and alcohol addiction, Thibodeau got sober 25 years ago and is committed to helping others overcome their own challenges.

After completing his undergraduate degree in human services from Fitchburg State in 2015, Thibodeau continued his studies at the graduate level in the hopes of building a career in counseling. Those plans were interrupted after a horrific car crash in 2017 that shattered his femur and left him with a traumatic brain injury.

Despite those challenges, Thibodeau considers himself lucky. He believes he has survived so that he can help others overcome their own adversities.

In nominating Thibodeau for the graduate award, faculty members saluted his resilience and his commitment to continuing his studies, despite the challenges created by the accident – including delaying his graduation by a full year.

Thibodeau now works as a counselor for the Montachusett Opportunity Council and looks forward to getting his own license to practice on his own.

For more information on commencement, contact the Academic Affairs Office.