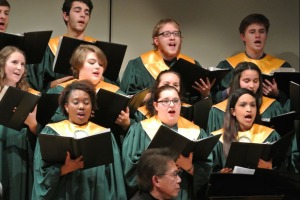 “The six choirs will each perform a set of their own, and the concert will close with several selections performed by everyone all together onstage,” Harvey said. “There’s a huge variety of music on this program, and that’s why it’s called Choral Kaleidoscope. It’s going to be a constantly shifting performance involving many different groups and styles.”