Irving elected Board of Trustees chair 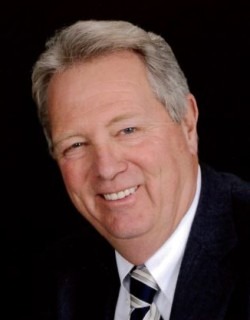 Donald R. Irving was elected chairman of the Fitchburg State University Board of Trustees on Tuesday, April 4.

Irving, who earned degrees from Fitchburg State in 1972 and 1979, has been a member of the board since 2011. He and his wife Karen Lindroth, a 1990 alumna, live in New Hampshire. He was the founder and president of Data Guide Cable Corp. in Gardner and is currently owner and president of the real estate development firm Nichols Square LLC.

Irving succeeds Martin F. Connors Jr. as president of the Board of Trustees. Connors’ term on the board expires this spring.

“The university is honored to have such an accomplished entrepreneur and proud alumnus serve as chairman of our Board of Trustees,” Fitchburg State President Richard S. Lapidus said. “Don has been an invaluable contributor to our institutional success, and we are fortunate to rely on his continued guidance going forward.”

President Lapidus also thanked Connors for his service to Fitchburg State, a tenure that included the addition of new programs of study, investments in the campus and community, and a smooth presidential transition.

“Marty is a loyal friend to me and this institution, and his leadership and strong belief in community engagement has enriched Fitchburg State,” Lapidus said. “The programmatic and capital improvements that were undertaken under Marty’s tenure will endure.”

Also Tuesday, the board re-elected Anna M. Clementi its vice chair and Michael A. Mahan its clerk. Also reappointed was Frank O’Donnell ’93 as the alumni representative to the board, and Abigail Cochran ’18 as the student representative.