Faculty Perspective: By turning their back on free trade, Republicans are returning to their roots

(This piece was originally published in the Washington Post on Friday, Dec. 8, 2017) 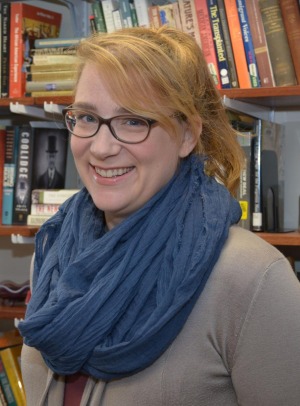 At the Nov. 10 Asia-Pacific Economic Cooperation meeting in Vietnam, President Trump declared, “We are not going to let the United States be taken advantage of anymore” in trade agreements, revisiting his “America first” rhetoric on trade. That protectionist rhetoric marks a sharp departure from former Republican presidents such as Ronald Reagan and the two Bushes, who helped make the GOP synonymous with free trade.

But Trump’s new policy direction is better described not as a transformation but as a resurrection. In turning his back on free trade, Trump is bucking the internationalists in his party in favor of agreements that keep U.S. workers competitive with cheaper labor abroad in ways that previous Republican presidents have not. But his economic nationalism strikes a note long present in one strand of conservatism: the protectionists who found a home in the GOP in the 1940s and 1950s.

Trump’s “America first” approach echoes the vision promoted by Midwestern and Northeastern Republicans such as Robert Taft, Joseph Martin and Leverett Saltonstall, the last of whom argued against free-trade policies “that can create boomtowns in Japan and ghost towns in New England.” Despite the region’s long-declared preference for free trade, a growing segment of Southerners voiced similar concerns, as their conservatism and economic interest overrode existing regional hostilities — and led to the birth of a particularly Southern, conservative strain of protectionism that strengthened an emerging cross-regional political coalition.

The Southern part of that coalition is especially important, because it helps explain not only how the deep-blue South turned red, but how protectionist politics endured in a free-trade party. For much of the 19th and early 20th century, Southern Democrats championed free trade, while Northern and Midwestern manufacturers, usually operating within the Republican Party, clamored for protection from cheaper foreign goods and groused about how the South’s low wages and available labor — and, by the 1920s, its anti-union climate — lured industrial investment and textile jobs away from their regions.

Yet after World War II, Southern manufacturers changed their focus, if not their philosophy, as they confronted increased international competition. Trade liberalization hit them squarely in the wallet — especially manufacturers of cheap cotton textiles, which were particularly vulnerable to lowered tariffs. Suddenly, these manufacturers reevaluated protectionism and found it consistent with both their bottom lines and their conservative values.

Just as they were embracing protectionism, however, the Republican Party was moving in the opposite direction. Cold Warriors and internationalists in the party sought to open U.S. markets to foreign goods to extend capitalist ties around the globe.

Southern manufacturers loathed these new ideas animating Republican policy preferences but still preferred the Republicans over the Democrats, who had a political base dependent on organized labor. That represented a big problem for Southern manufacturers, who believed that Democrats’ advocacy for workers threatened to undermine the South’s “business friendly” climate.

While the South was still a bedrock Democratic region, thanks to lingering animosities from the Civil War (the Republican Party was still the party of Lincoln, after all), these industrialists saw an opportunity in the rising black freedom struggle. They knew the region’s conservatism was increasingly out of step with national Democratic priorities on civil rights. They seized the opportunity to build bridges between the South and the Republican Party — while at the same time excoriating free trade and casting it as a liberal power grab.

These Southern protectionists fused their economic arguments with constitutional ones, framing their trade position as part of a broader rejection of the New Deal and expanded executive power. The Reciprocal Trade Agreements Act of 1934 (RTAA) granted the executive branch greater power in trade negotiations. Southern industrialists, already suspicious of centralized bureaucratic government and executive power, rejected using U.S. markets as tools of diplomacy. They saw these policies as another giveaway by centralized government to cronies in large corporations that would benefit at the expense of smaller domestic, especially Southern, competitors.

Southern industrialists used these economic issues to exploit the fissures between Northern and Southern Democrats over civil rights and executive power and to recruit the region to a new strain of conservative Republicanism.

That executive-power piece is important, because it explains how Southern protectionists like Roger Milliken of South Carolina could support conservative candidates like Barry Goldwater and Ronald Reagan, fierce advocates of free trade. What bound these groups together was a shared rejection of centralized power and policies that depended on a large executive branch headed by a powerful president. For Southern conservatives, keeping power out of the hands of the central government was paramount, both because of their protectionist philosophy but also because of their opposition to civil rights.

During the Cold War years, that protectionism was muted, at least on the national stage. But in the early 21st century, competition from cheaper foreign wages grew alongside mechanization, while public investment in infrastructure and education atrophied. This presented Trump with a political opportunity to target his rhetoric toward “bad” trade deals.

On the surface, his arguments about trade resemble those put forth by the previous generation of conservative protectionists. But he differs from the conservative Southern protectionists in one crucial respect: For all his promises to drain the swamp, Trump demonstrates little desire to reduce executive power. So while his policy stance may echo earlier Southern protectionists, his motivations are quite different — the philosophical core of their argument is missing, reducing Trump’s protectionism to reactionary politics.

He gives voice to frustrated workers from the Rust Belt to the Sun Belt, but building a lasting political coalition requires more than congruence around trade. The complexity of trade politics historically suggests that a coalition grounded in trade policy may not be durable without a clear unifying philosophy — and that means that Trump’s “America first” protectionist policies, though providing a workable campaign slogan, may not be enough to create lasting change in America’s economic relationship with the world.

Katherine Rye Jewell is assistant professor of history at Fitchburg State and author of "Dollars for Dixie."
Follow @katisjewell on Twitter.